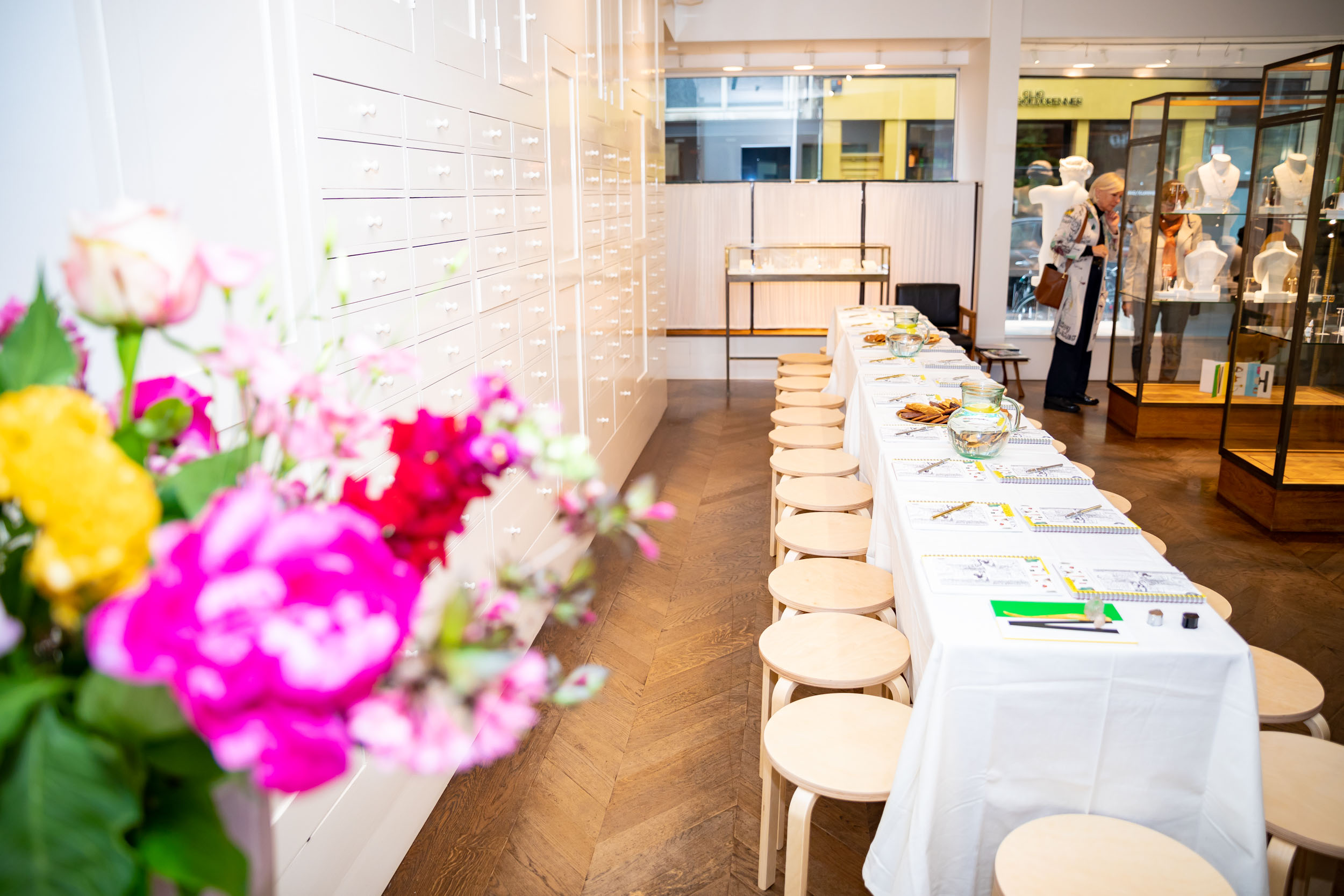 Colourful gemstones and crystals are at the heart of the Cadavre Exquis collection. Minerals and precious stones have fascinated people for over centuries. From the ancient Romans and Medieval kings to the Native Americans, their striking colours with rich varieties have caught the eye of many. Some believed gemstones contained magic powers, while others simply admired their beauty and adorned everyday objects and jewellery with these precious stones. 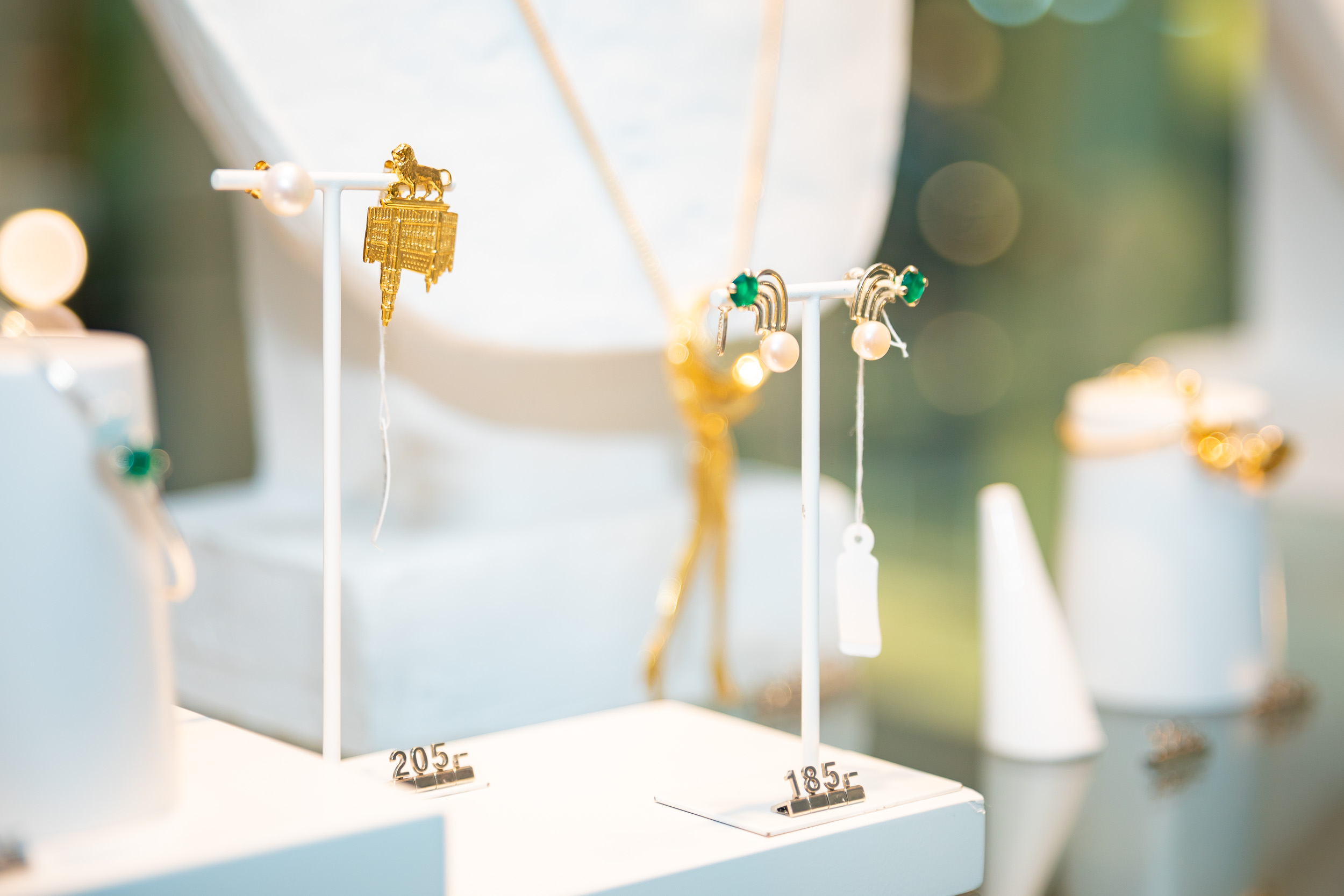 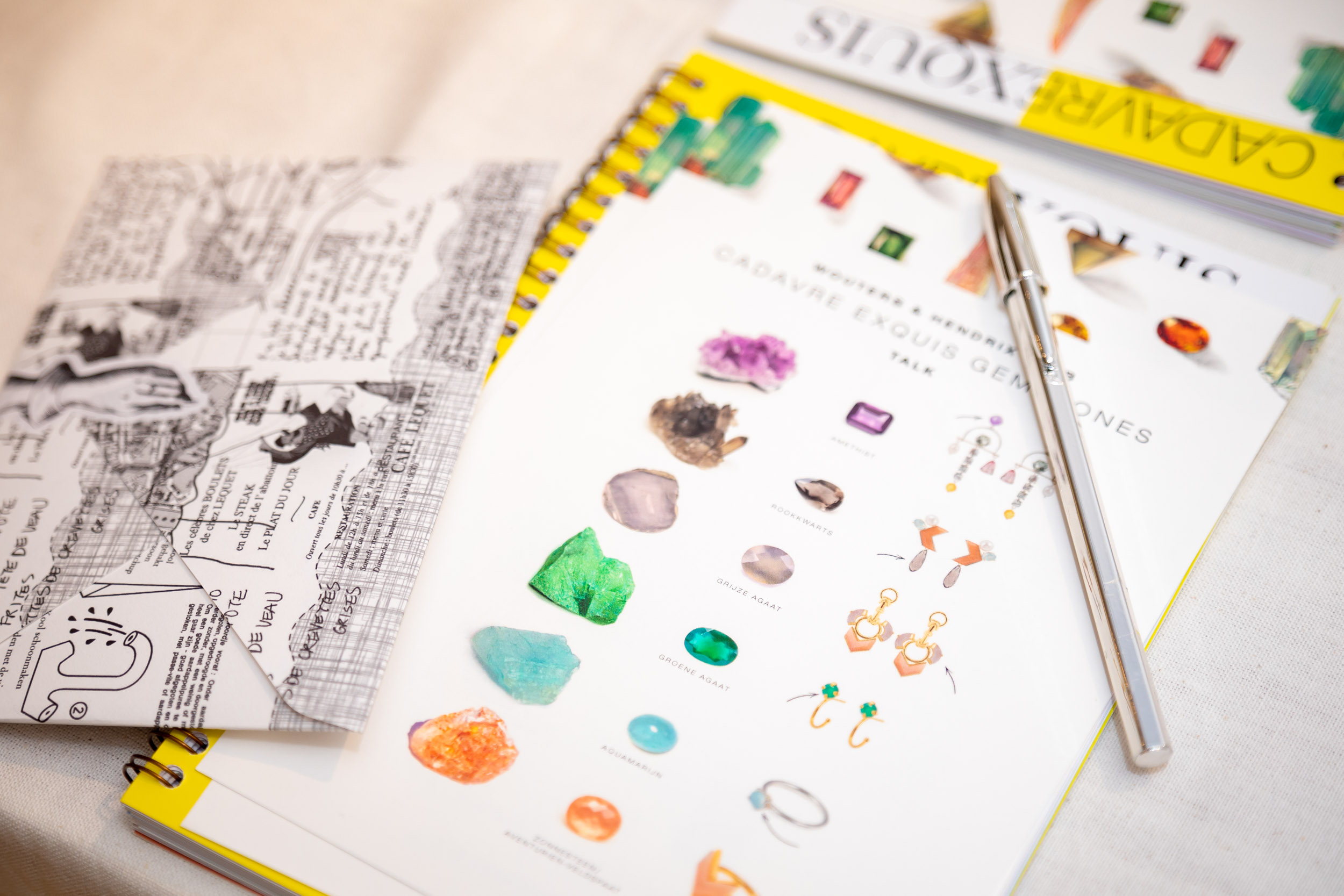 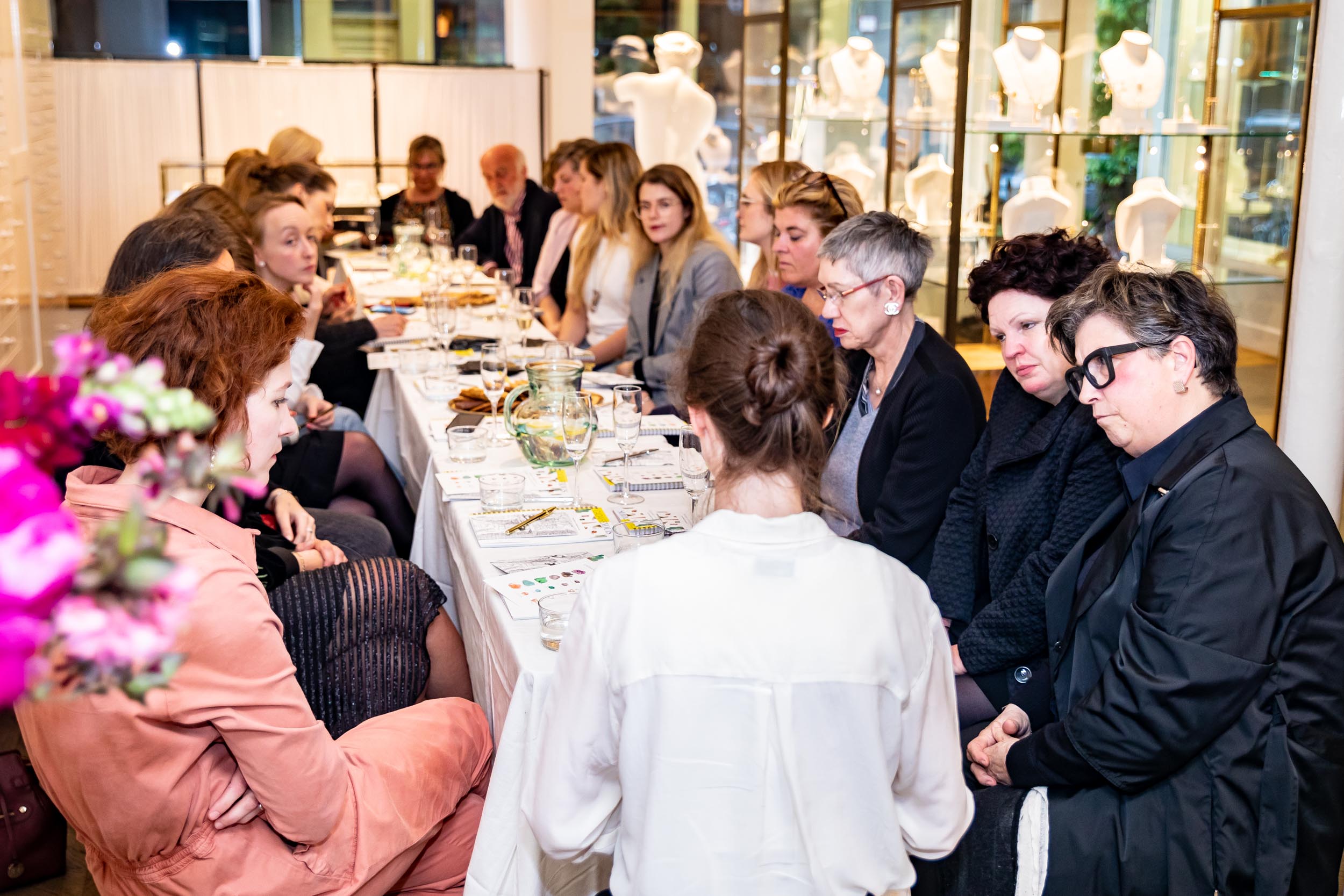 However not all minerals are considered gemstones. To qualify, a stone needs to be beautiful, rare and durable.

Precious stones are formed in the outermost layer of the earth’s crust. Their durability is determined by their hardness, toughness and fissility. 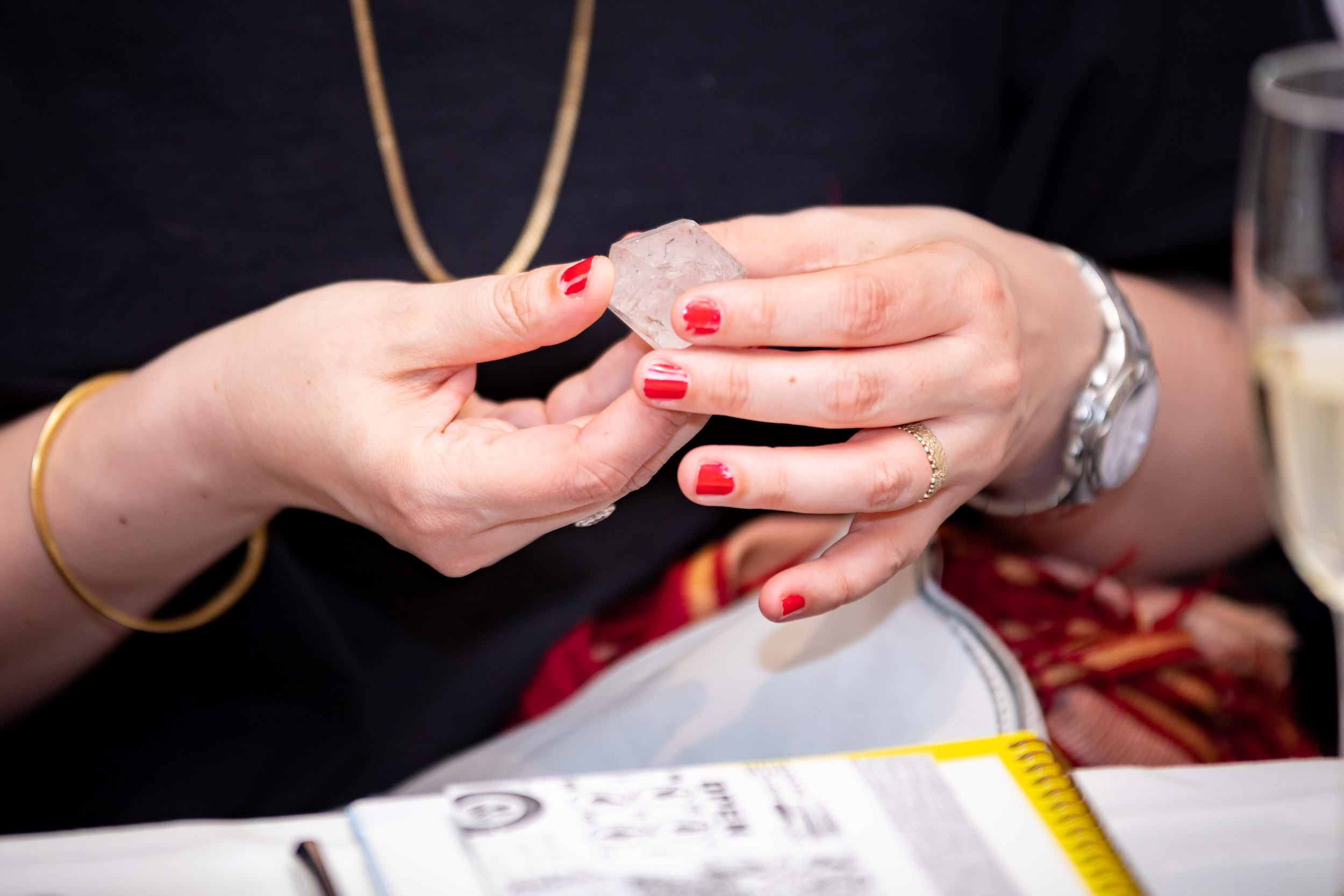 The first group of gemstones are called quartz. The Cadavre Exquis collection features two types of stones that are determined to be part of this family: Amethyst and Smoky Quartz.

The term “quartz” comes from the Slavic word for hard: “twardy”, since the stones in this group are very durable.

Did you know that their naming is very comparable to that of diamonds? The term “diamond” is also derived from the ancient Greek word for hard or invincible, “adamas”.

Amethyst is the purple quartz and the birthstone for the month of February. While this stone was often associated with the Roman-Catholic Church, it was also assumed that it possesses great magical powers. In Medieval times, amethyst was used to fend of witches and to protect oneself against magic. Even earlier, ancient Romans believed that drinking from a cup in amethyst would prevent them from getting drunk.

While this stone has lost most of its magical connotations nowadays, people are still mesmerised with its colour. Be careful though when wearing your pieces with Amethyst in the sun, since the stone has a tendency to lighten under direct sunlight!

Unlike Pink Quartz, Citrine Quartz and Amethist, Smoky Quartz does not have a long history of stories associated with it. Due to its colour this stone did not catch the eye of the ancient Egyptians or Romans. In modern times however, this changed, and many people appreciate this gemstone for its warm and inviting colour. 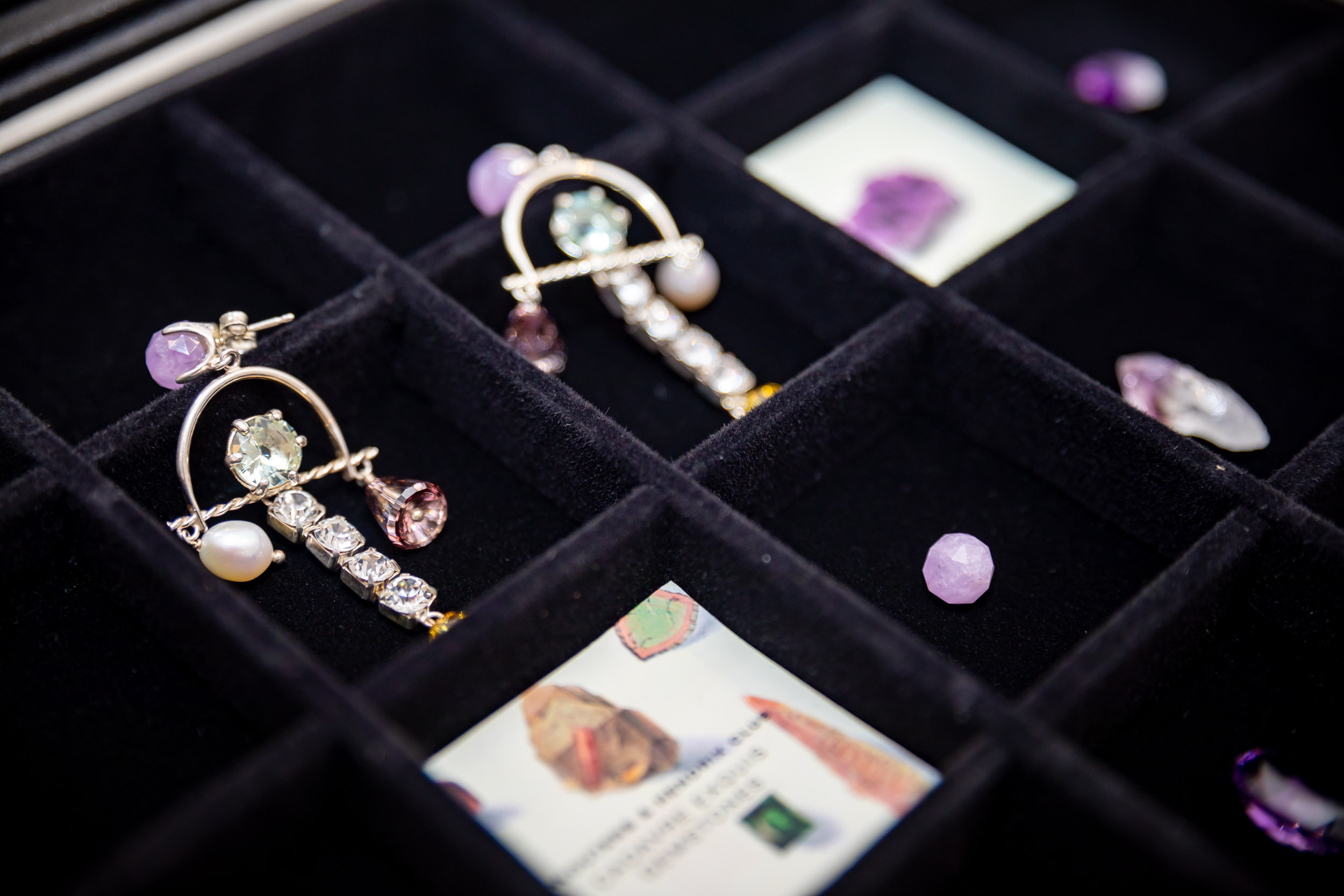 The second family of stones are the Agates. In the Cadavre Exquis collection, two types of this stone are featured: the Grey and Green Agate. These stones get their colour by countless elements, most of them to do with weathering. From the sixteenth century until the twentieth century and on, Germany was the most important centre for the mining of Agate.

Did you know that due to its viscousity, Green Agate might even bounce up when dropped on the floor? 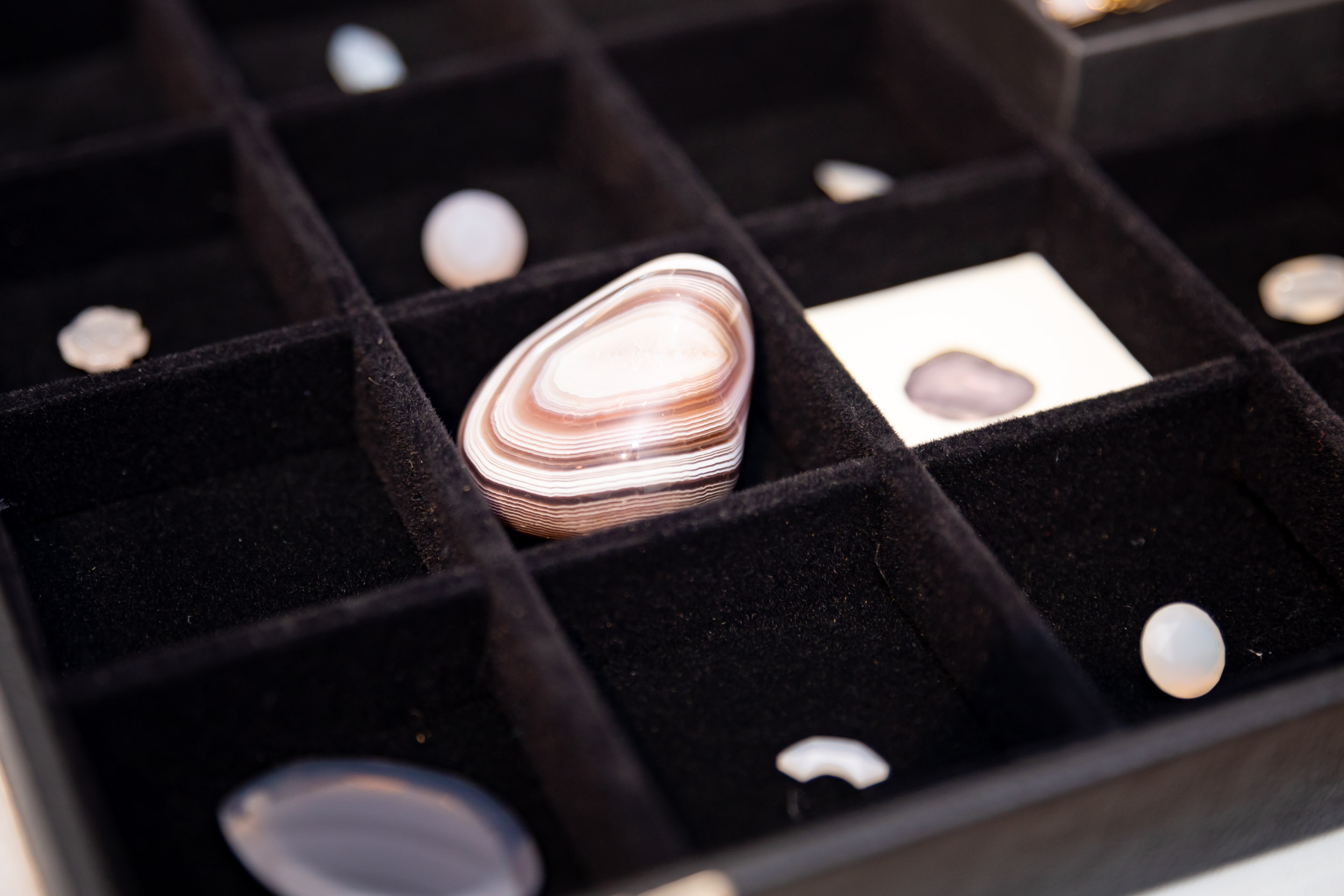 Another stone in the Cadavre Exquis collection is Aquamarine. This stone belongs to the family of the Beryl and is considered the birthstone for people born in the month of March. Translated from Latin, Aquamarine means “water from the sea”, referring to its vivid blue colour. The most beautiful examples of this stone can be found in Brazil and Mozambique.

Did you know that Aquamarine stones can get extremely large? The biggest one ever measured weighed up to 110,5kg!

Other stones belonging to the Beryl family are Morganite, Heliodore and Emerald. This last stone is the birthstone of people born in May.

The final stone in the Cadavre Exquis collection is the Sunstone. According to the many legends of Native Americans, this stone derived its colour from a great warrior. His blood would tint it its signature rusty colour. Not unsurprisingly this stone is mostly found in the United States, in the areas where most Native Americans used to live. 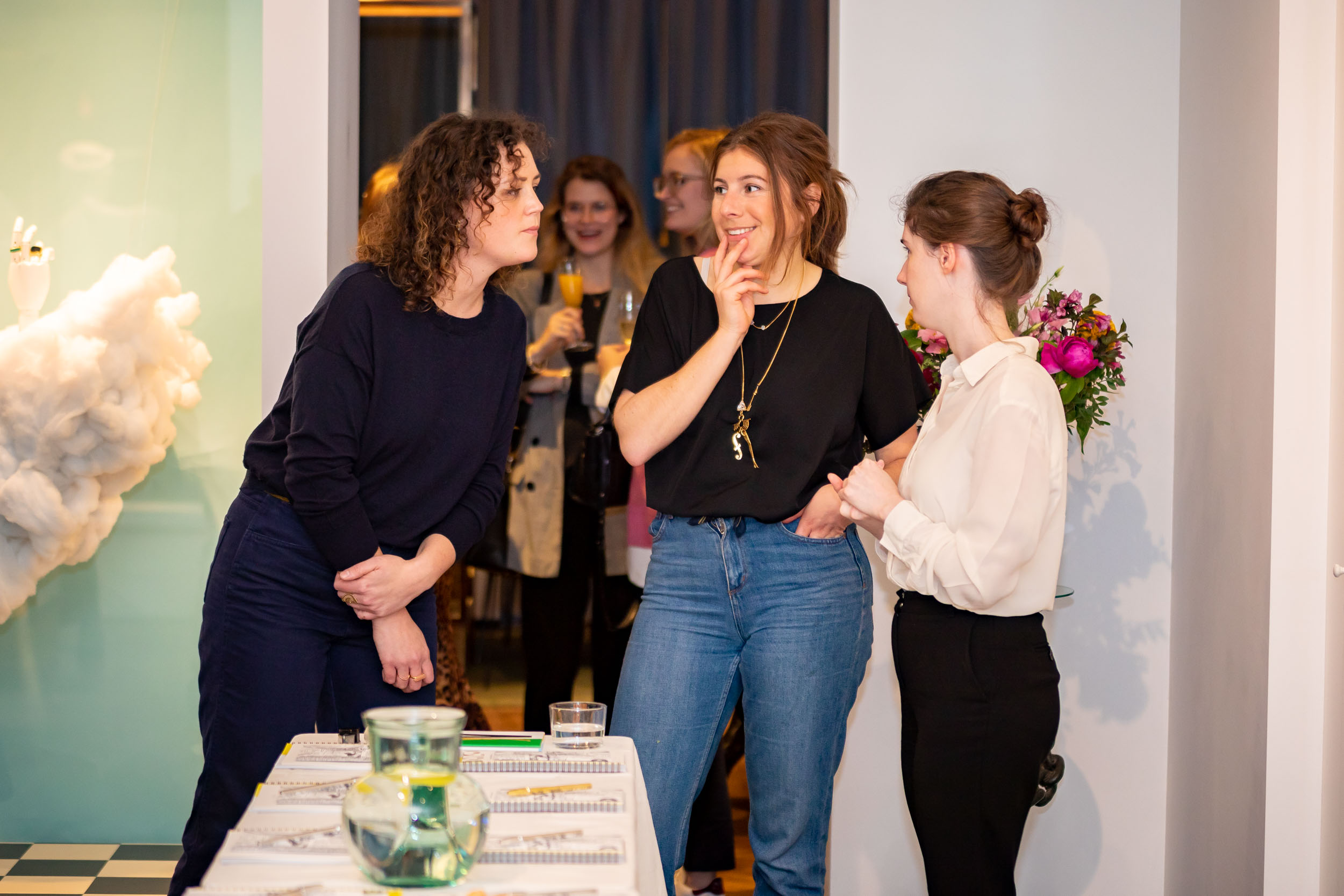 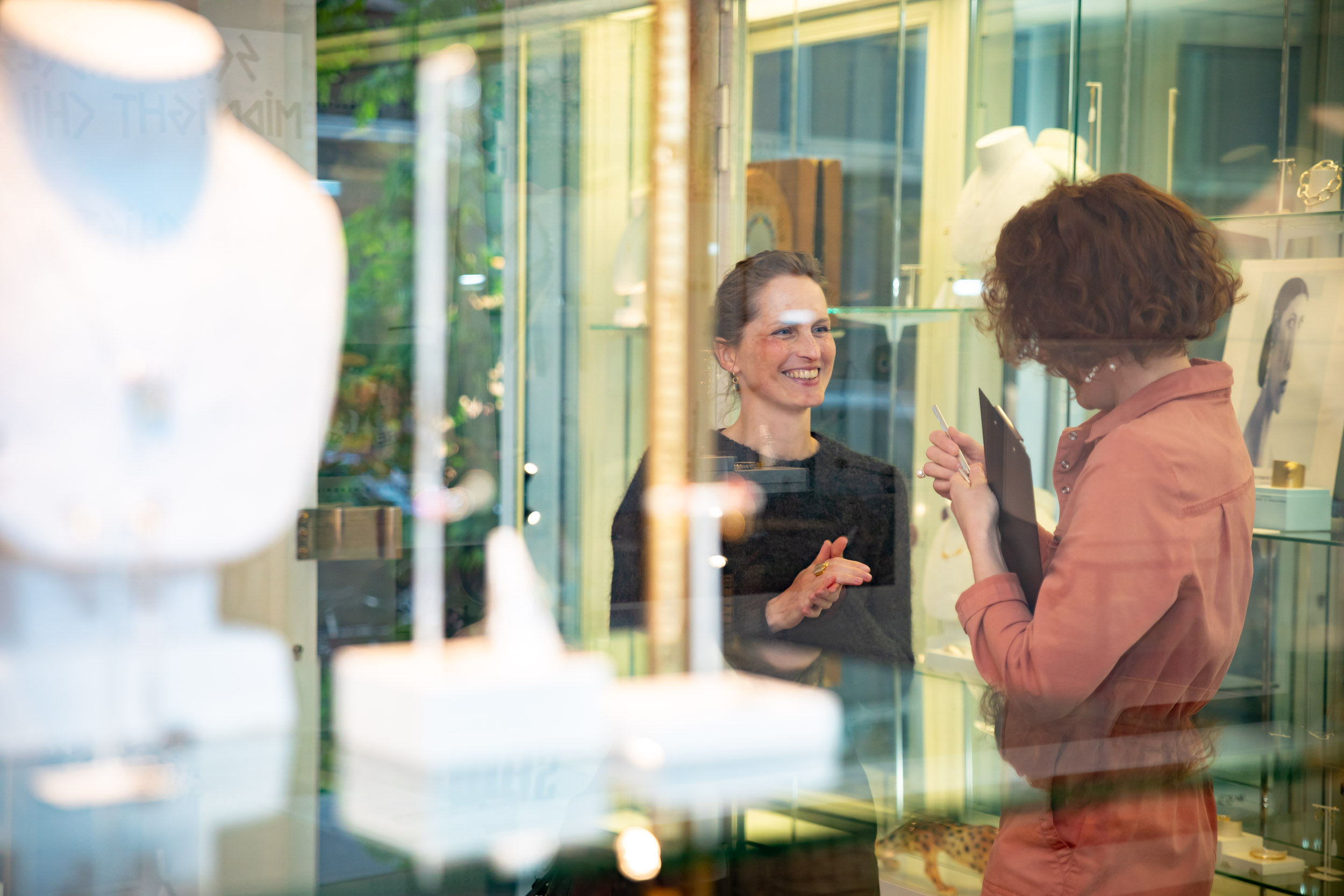 If you want to stay updated on future Wouters & Hendrix club events, please subscribe to our newsletter!

Discover the Cadavre Exquis collection with all precious stones.